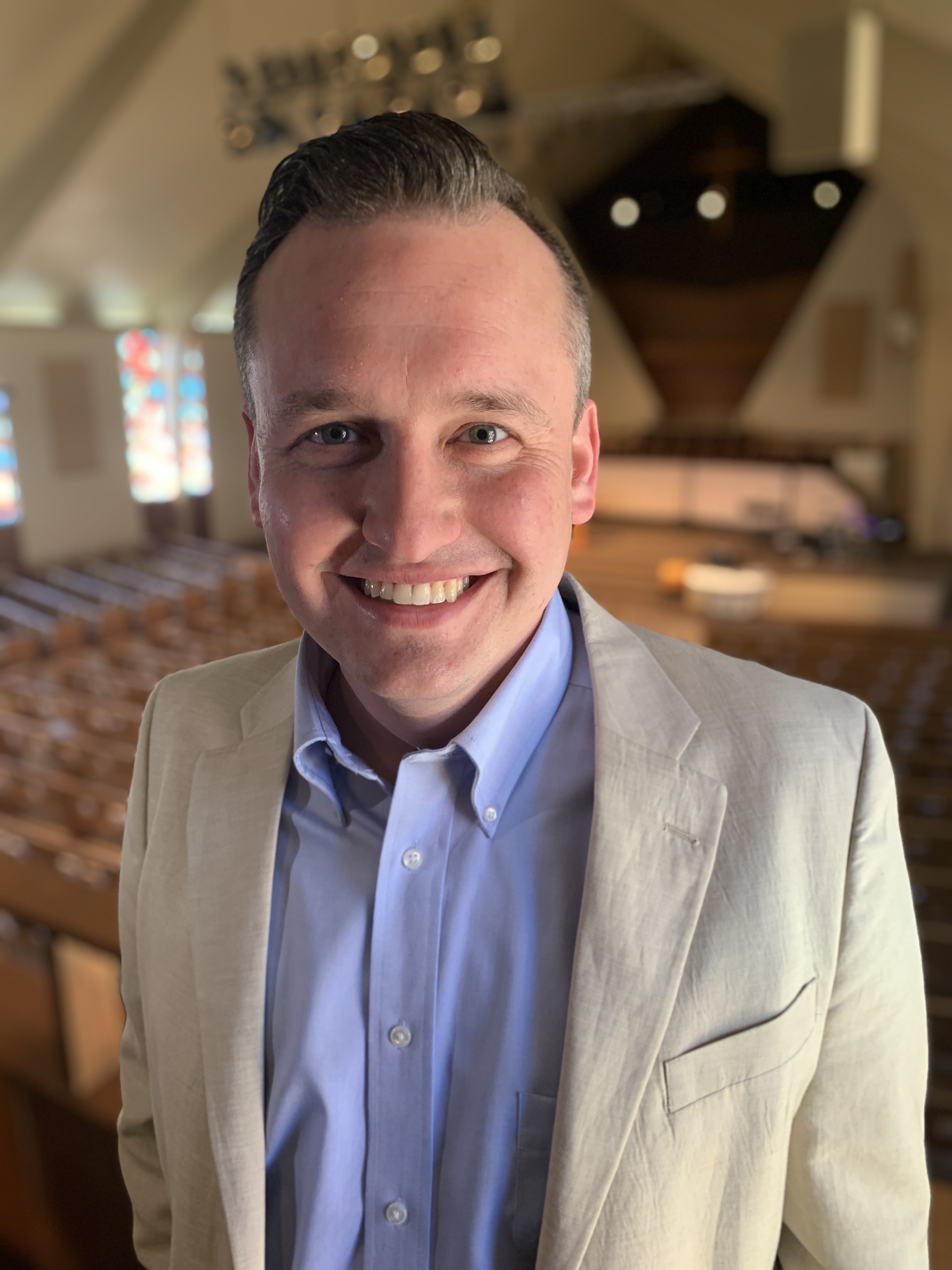 Originally from Virginia, Ryan graduated from Old Dominion University and then Golden Gate Baptist Theological Seminary for his M.Div. He is currently pursuing a Doctor of Ministry degree from Western Seminary in Portland, OR with an emphasis on expository preaching.

Before coming to FBA, Ryan served churches in various capacities in Virginia, Arizona, California, and Florida.

Ryan has been in ministry since 2004 and joined FBA in 2019. He married Morgan in 2007 and together they are blessed with two sons, both adopted from foster care, and a daughter. Ryan likes most sports and is most passionate about college basketball. 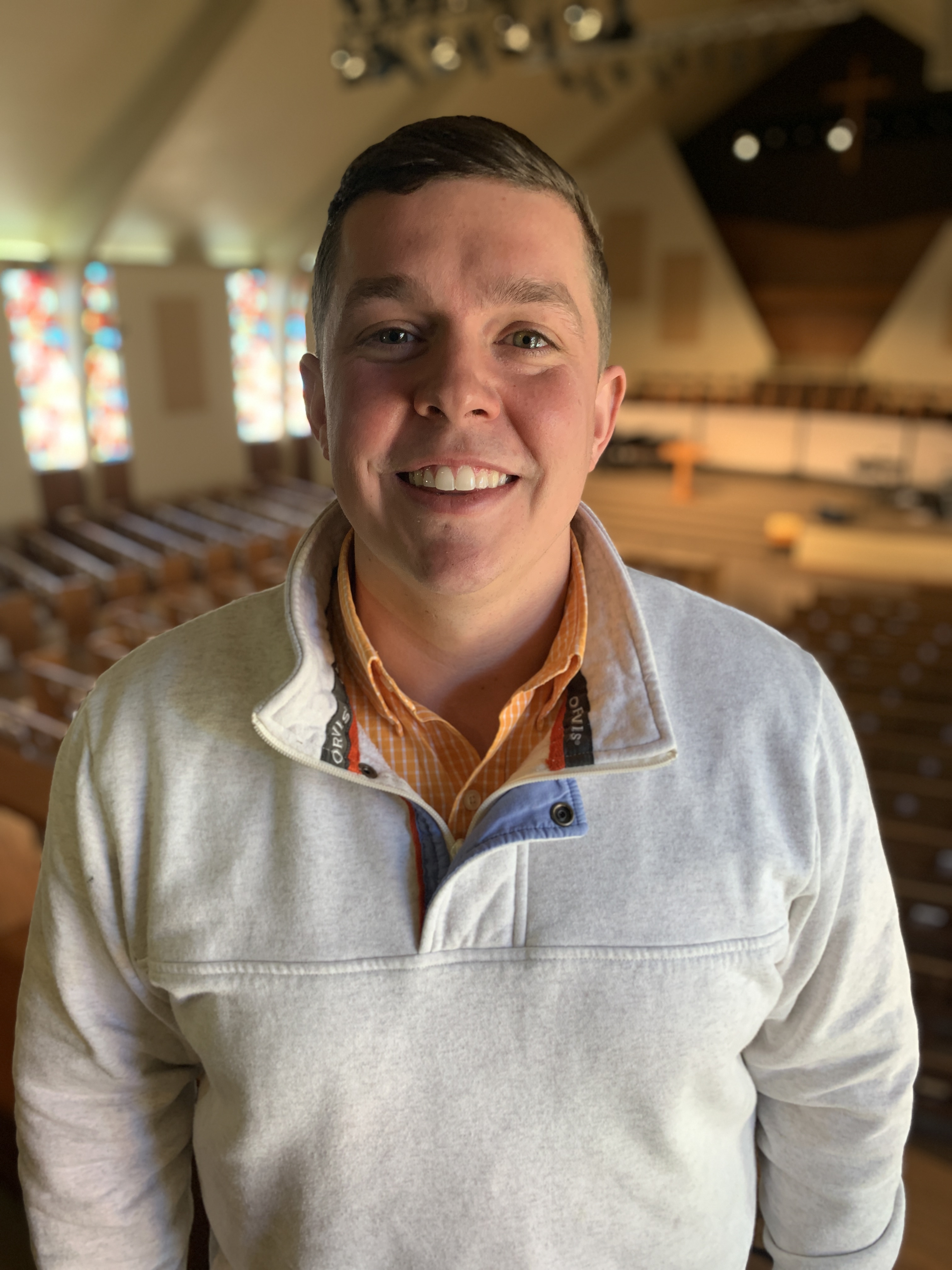 Associate Pastor to Students and Families

Corey has been married to Carrie since 2012 and they have three boys Fisher, Eli, and Haddon. Before coming to FBA Corey served as a pastor in North Carolina.

Corey graduated from Campbell University and received his M.Div. From Shepherds Theological Seminary.

He enjoys playing and watching sports, reading, good food, and spending time with his family. He has been a Denver Broncos fan since he was very young.

Corey is passionate about discipleship and the local church. Some of his favorite authors include Charles H. Spurgeon, Jared C. Wilson, and Mark Dever. 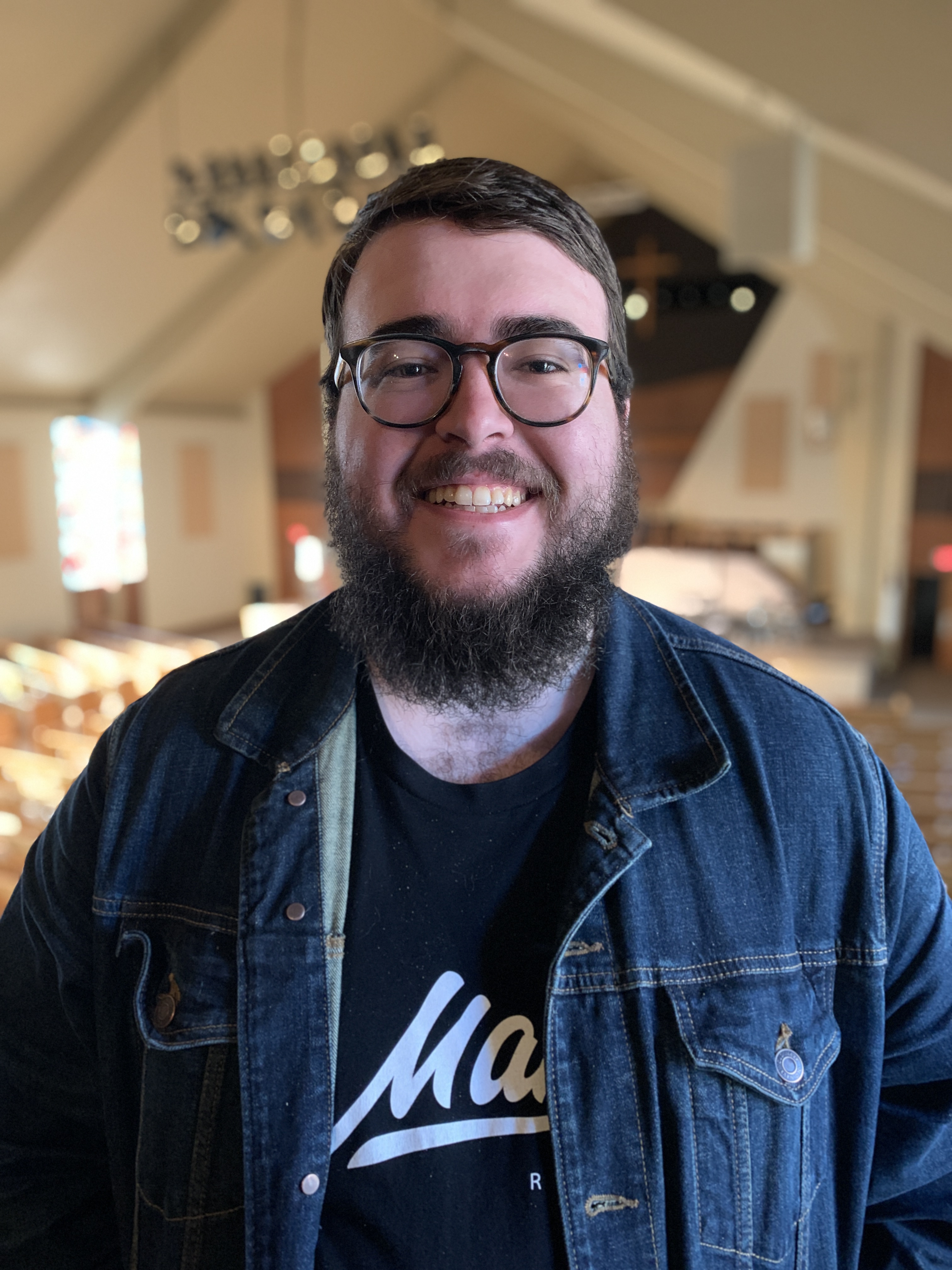 Director of Music and Media

Cody grew up attending First Baptist Alcoa with his family before moving to several other educational and internship opportunities including time at Cedar Springs Presbyterian Church, Midwestern Baptist Theological Seminary, and the Ethics and Religious Liberty Commission. After moving back to lead worship for a church plant in Maryville, he joined the staff at First Baptist Alcoa as our Director of Music and Media in 2020.

Cody's theological interests include Trinitarian theology, the work and life of John Flavel, and gospel-centered worship. His favorite authors include Jared C. Wilson, Kevin Vanhoozer, and Scott Swain. He's passionate about theology in the local church, so feel free to reach out to him if you ever want to find ways to dig deeper into your faith.

In his free time, he keeps up with Kansas City sports, enjoys reading and writing, and hangs out with his dog, Milo. 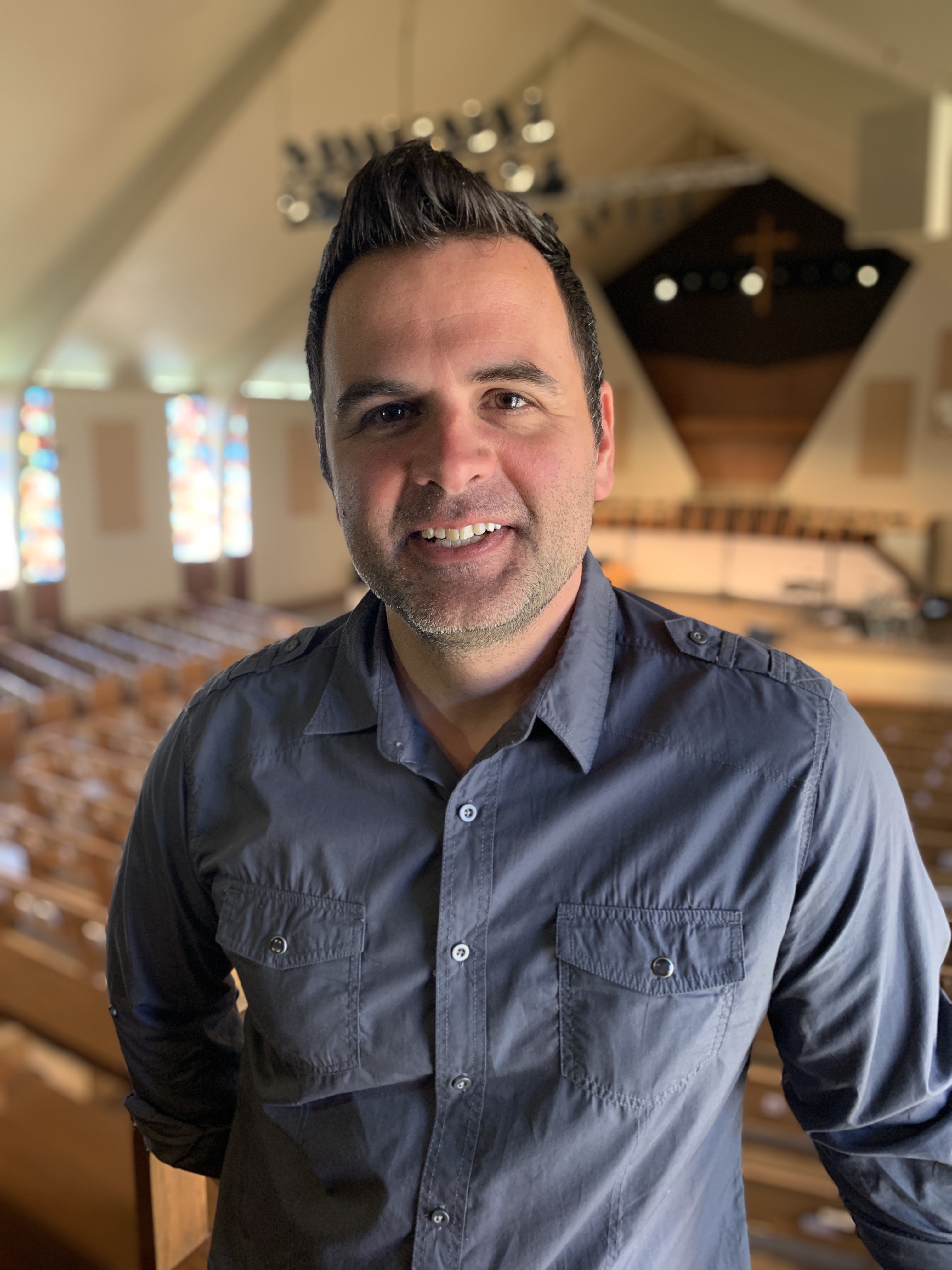 Josh has lived in Blount County all of his life. He is a graduate of Heritage High School and has worked in Hospitality since graduating from Pellissippi in 1999. He and his family own and operate a business on their farm in Walland. Josh was raised at Pleasant Grove Baptist Church and upon marrying his sweetheart, Lesley, together they joined FBA in 2006.

Josh felt an overwhelming calling and passion to start working and growing the Children’s Ministry in 2018. They are raising their four boys including the twins, Gray and Kayden Jay, Shay, and Sam in First Baptist Alcoa. Josh’s talents include drawing and creating artwork out of almost anything, singing, and being a Disney and movie geek. 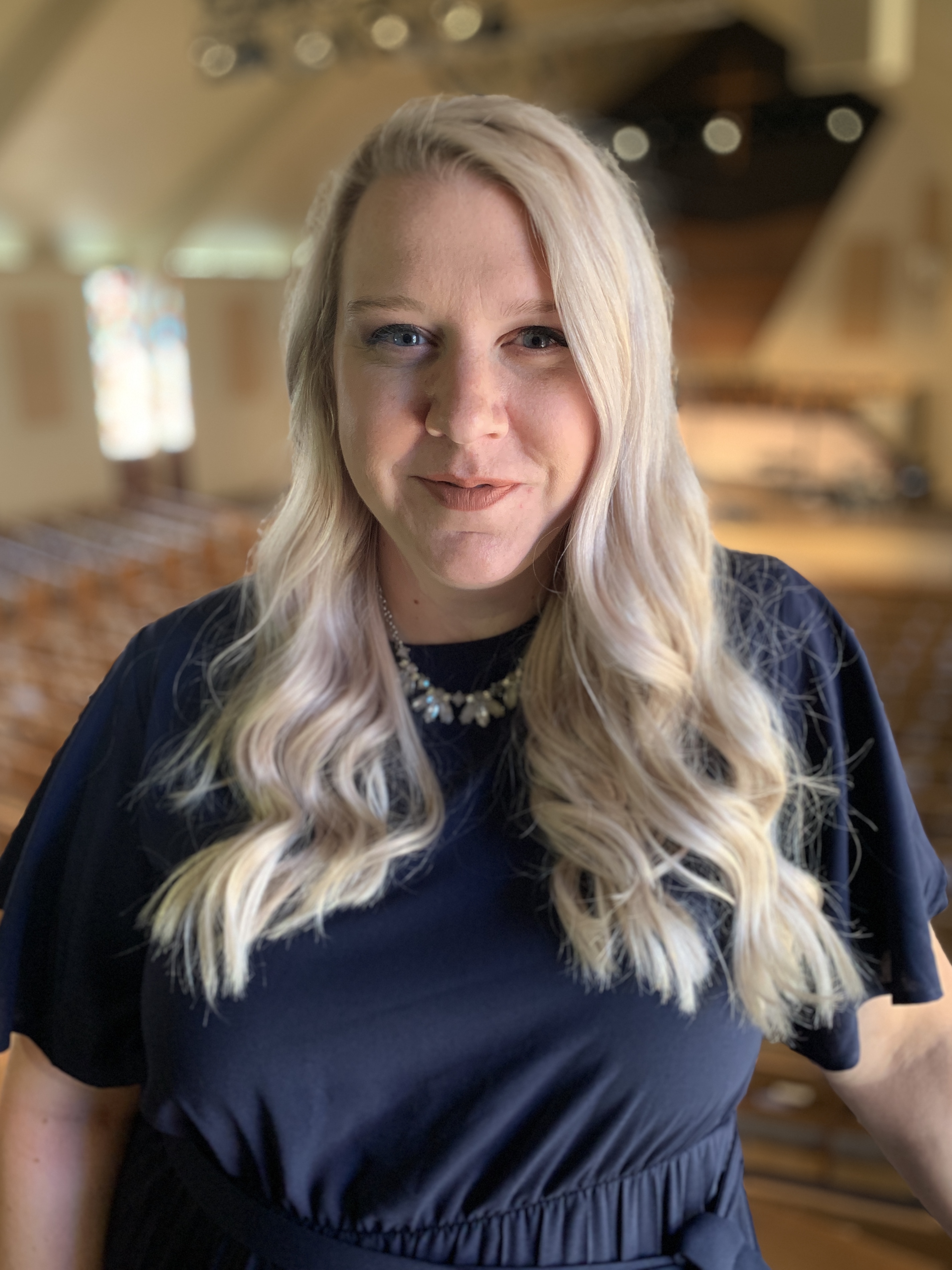 Jenny Nichols married her husband, Jonathan, in 2010, and they have four children. After graduating from the University of Tennessee, Jenny worked as an advocate for children with developmental delays and disabilities, for a non-profit organization. She has served as a part of FBA children’s ministries since 2012. 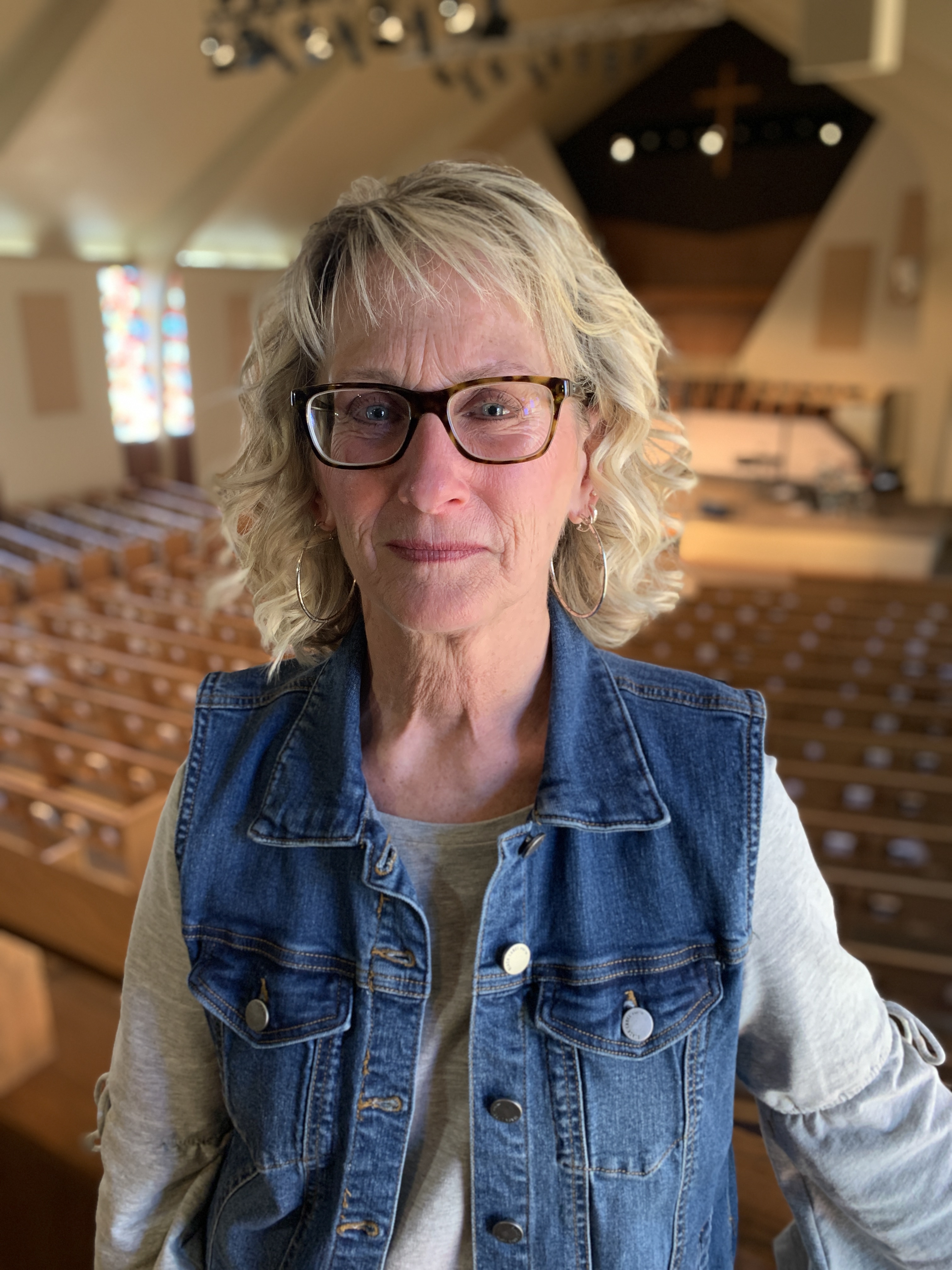 Sharon grew up in Alcoa and has been an employee and member of First Baptist Alcoa for 3 years. She serves in the nursery and is active in her Grow Group class. She is married to Steve and they have a son, daughter, daughter-in-law and a grandson. She enjoys hiking, biking and anything outdoors. 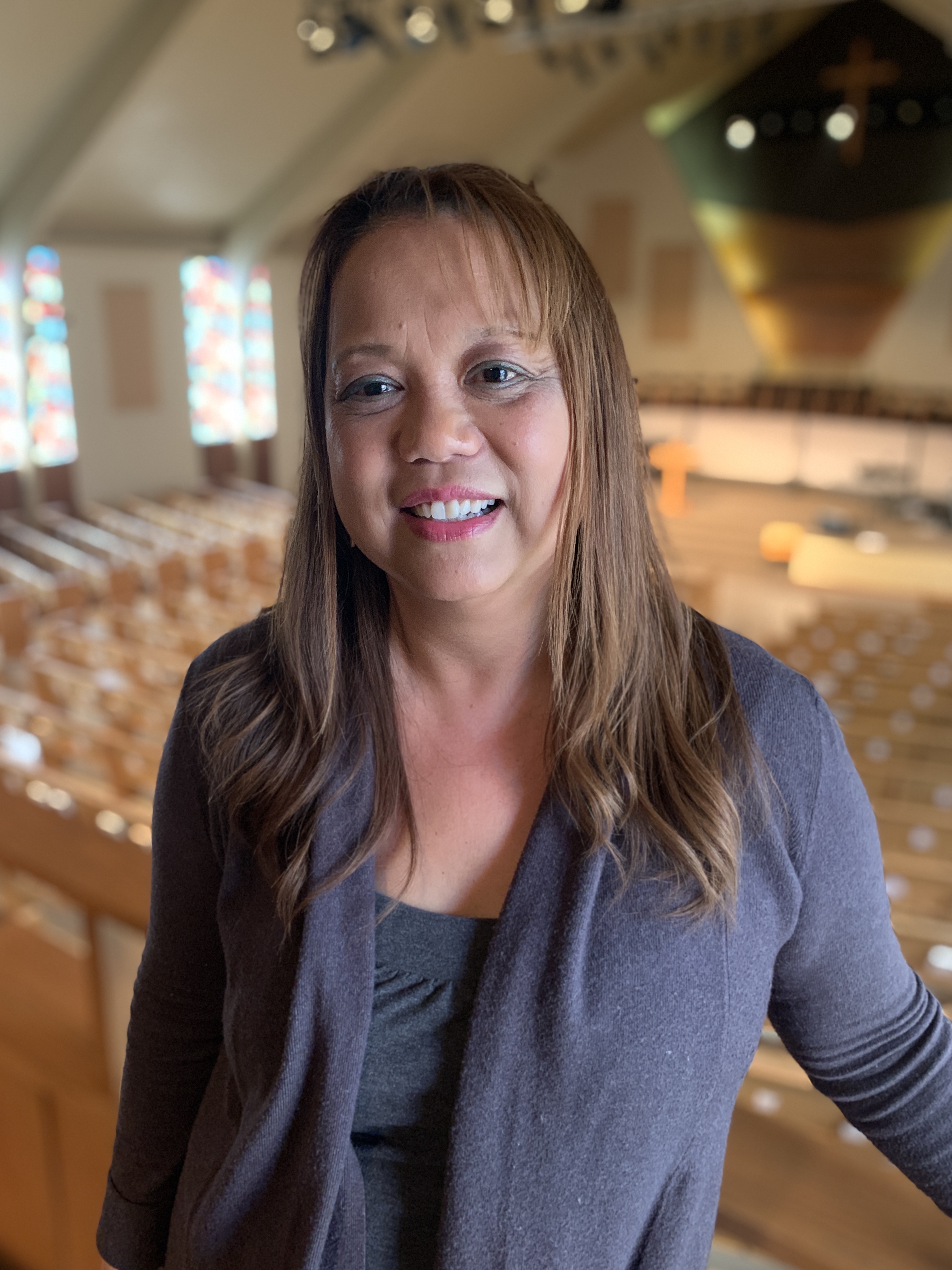 Josie moved from WA state to TN and made it her permanent home in 1992.  She studied at South College.  She is married to Scott and has two children, Caleb and Layla.  She currently attends Partnership Christian Church.  She enjoys camping, fishing, hiking in The Smokies and landscape photography. 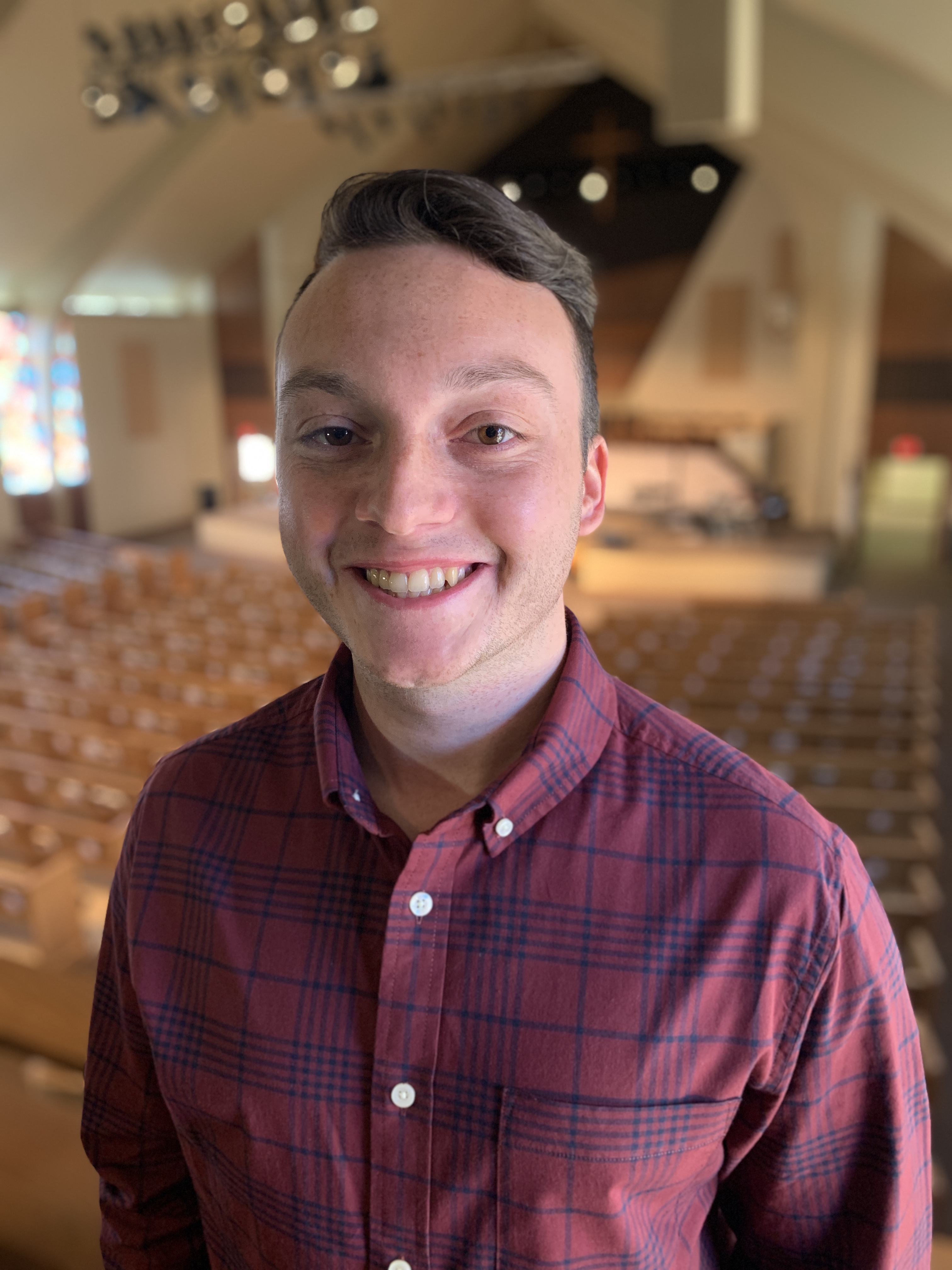 Justin began working at FBA as a pastoral intern in January 2020 after a six-year enlistment in the Air Force. He has been married to Savannah since July 2019 and the two enjoy traveling, camping and reading. 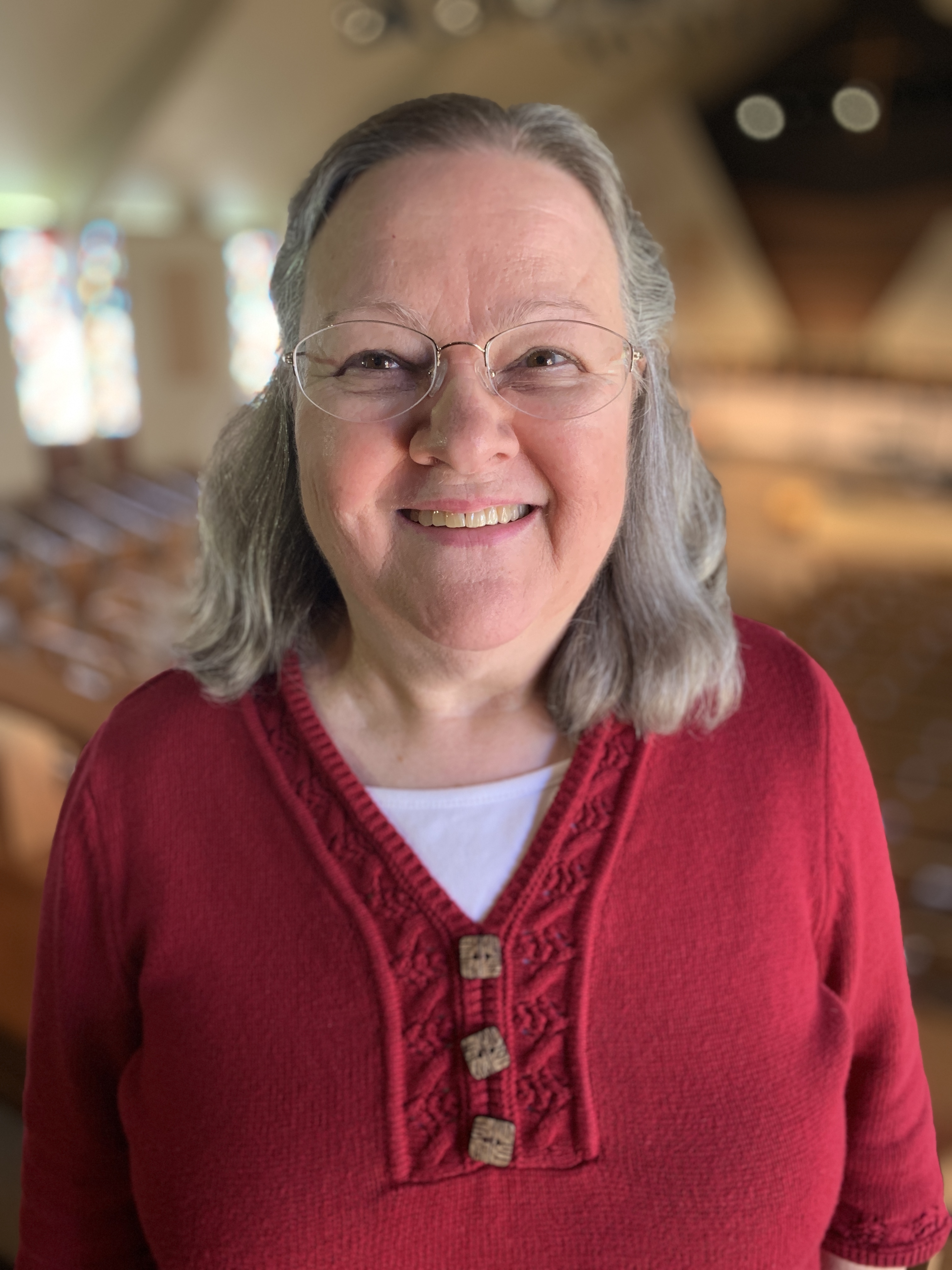 Donna grew up in Blount County and has been a member of FBA for over 50 years. She has served in the nursery, youth group, choir, VBS, and various teaching positions before joining the custodial staff in 1992. Donna met and married her husband Jeff at FBA and they raised their two sons there. They now have four grandchildren. 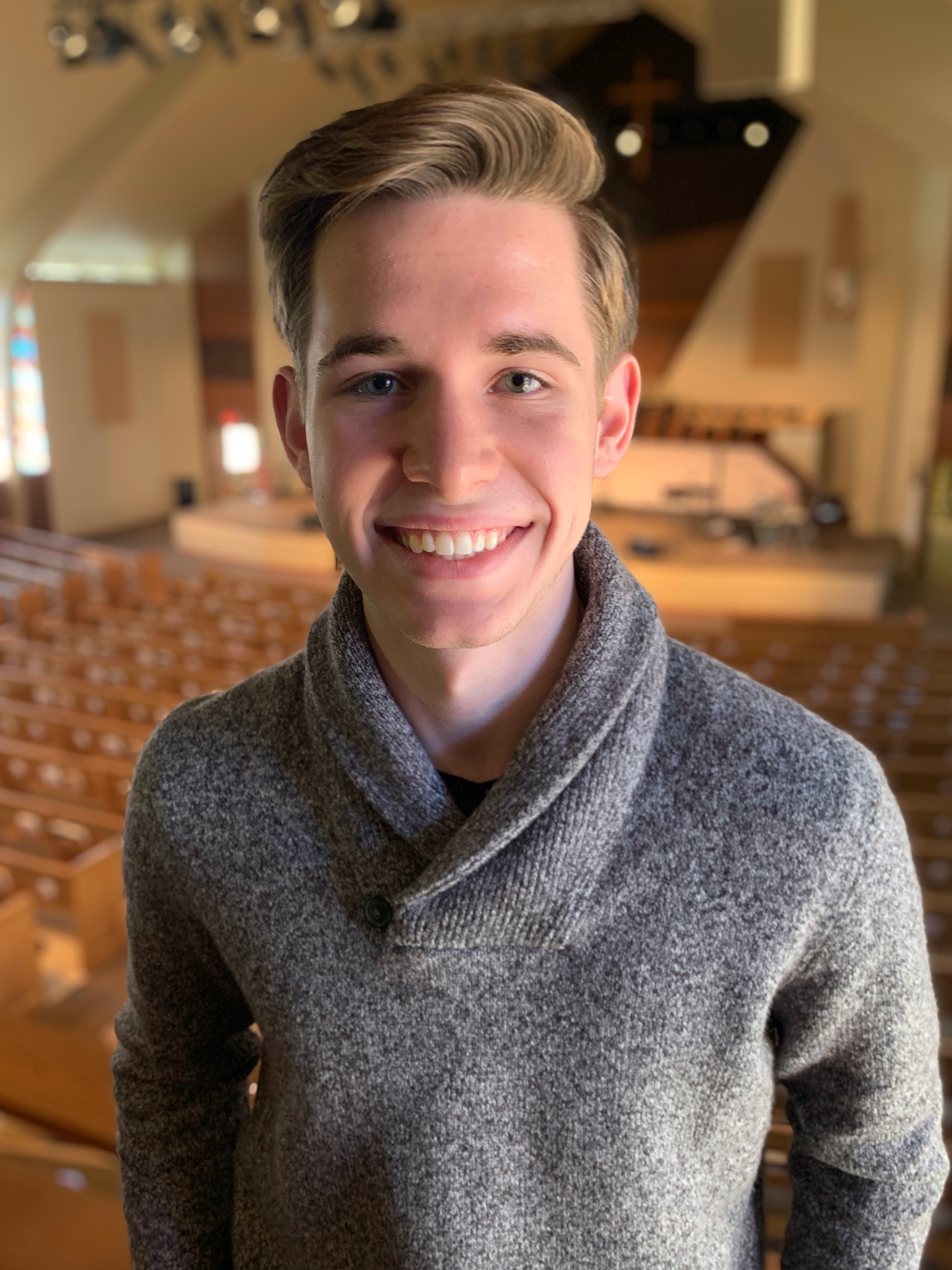 Jackson has been attending FBA ever since he was four years old and began serving in the media ministry in 2015. Jackson currently attends Maryville High School and will graduate with the class of 2020. He is planning to attend Middle Tennessee State University in the fall to study Media Management. Jackson is the live-broadcast commentator for Maryville High School basketball and is an avid NBA fan.

Work willingly at whatever you do, as though you were working for the Lord rather than for people.