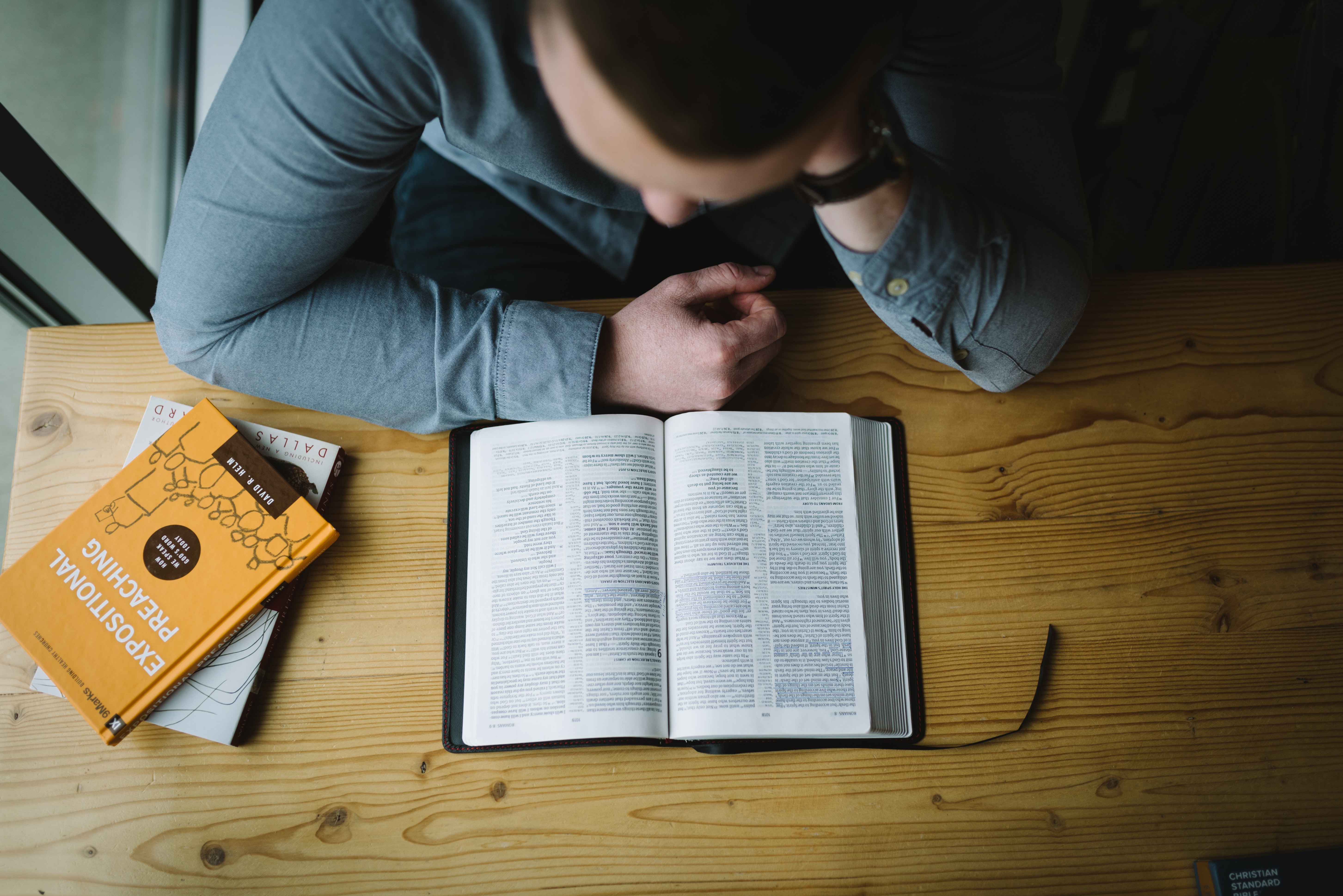 If you scan through our selection of sermons on our website, you’ll find that we’ve only preached from a few books of the Bible.

Some of that, to be sure, is because the three main preachers at FBA have been part of this family for less than 2 years. But more than that, our conviction is to preach through books of the Bible.

Though there are many faithful pastors all over the world who value God’s Word in this way, you won’t find this in most churches. I grew up in a church where the pastor would preach a sermon series on marriage, achieving victory in life, or how to stand strong in the face of adversity. None of those sermons, to my recollection, were unbiblical. I’m sure that they helped many people, but I am convinced that there is a better way to reprove, rebuke, and exhort.

A preacher who jumps around Scripture is likely not teaching anything wrong. Rather, it is incomplete. For example, would that pastor that I grew up listening to ever want to preach from the minor prophets? What about controversial passages? Scripture that is hard to understand? What expository preaching does is it forces the preacher to preach the whole counsel of God. It forces him to show Jesus on every page—that the gospel has always been God’s plan from before the beginning.

About our preaching schedule

Our conviction is strong, and it drives us to be faithful to the text week after week. But you may notice something else unfamiliar: we only spend 8-12 weeks in a book and then we move on to another.

Years ago, I was preaching through the Gospel of John and, after many months, I felt like my sermons were getting stale and the church was losing interest. In my confusion, I read Tim Keller’s book Preaching and it changed me. Keller pastored a church in New York City, a unique setting where members of his church may only live there for a few years. If he were to begin a verse-by-verse series through Romans that took a few years, that’s all some people would have heard. They would never have seen Jesus in Genesis or Habakkuk. They would have missed hearing how the gospel is found in the Psalms or Jeremiah.

Keller decided that he could still preach through books of the Bible, but he would rotate through different books so that, over a few years, he would still preach through multiple books but would expose people to different genres of Scripture. After I read Keller’s book, I scrapped my preaching schedule and worked through the next year of sermons. I decided to preach from Genesis (narrative), Ecclesiastes (wisdom), John (gospel), and 1 Timothy (pastoral epistle). I wanted more than anything to show people that Jesus is the subject of every book of the Bible.

At FBA, we have a modified version of what I began years ago. We are currently preaching through 1 Corinthians and Genesis. In addition to finishing Genesis and 1 Corinthians, over the next few years, I’ll be preaching from Obadiah (minor prophet) and 1 Timothy (pastoral epistle). Even if someone is only with us for a year or two, they will hear the gospel preached in a variety of biblical genres, hopefully showing them the gospel on every page.

If you’re curious to read more about preaching, below are some suggested resources for preachers and laypeople alike:

Between Two Worlds by John Stott

Preaching and Preachers by Martyn Lloyd-Jones

What Does it Mean to Pray the Bible?

What is Expository Preaching? (Part One)

A Resolution Worth Keeping

All Glory Be to Christ (Even in a Shutdown)

What Happens When We Return from COVID-19?