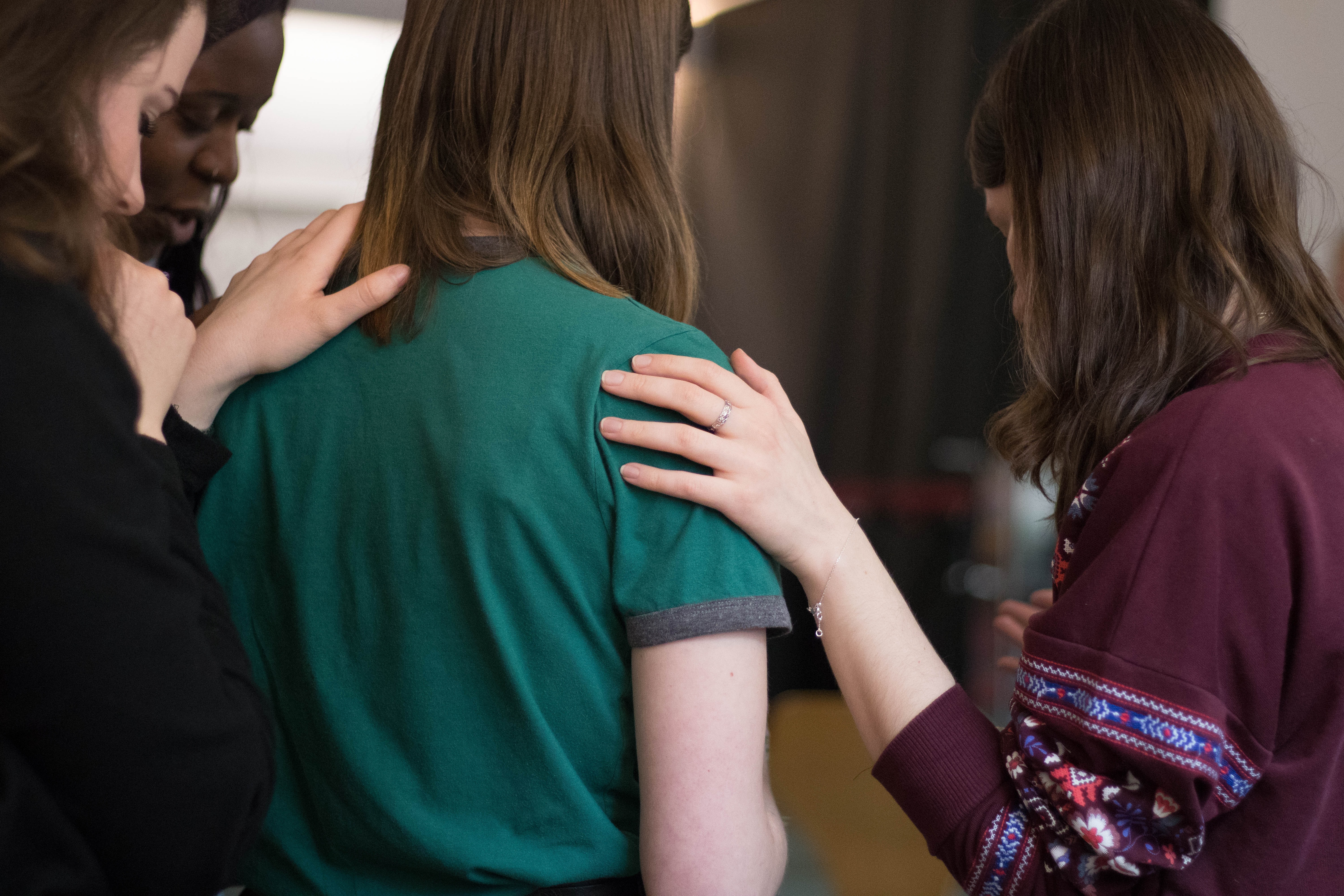 Originally published at For the Church.

In Galatians 6:2, Paul issues a command you’ve likely heard a million times: “Bear one another's burdens, and so fulfill the law of Christ.”

Paul’s words get to the heart of what it means to be the church. The church is a group of unlikely grace-givers and yoke-pullers. We do not run away from burdens. We take them up, terrified but relying on God. In many churches, however, the command to “bear one another’s burdens” is noticeably misheard, especially as it pertains to people in our communities we deem "needy." They seem impervious to our quick sentimental spirituality. Our motivational pick-me-ups don't placate them. Their problems can be frustrating to our sense of religious expediency or just plain discomfiting to our light-hearted community group experience.

But this is what the church is for. We are not to merely talk about our burdens, offering them as prayer requests tacked onto the end of our small groups. We are not trying to completely do away with them, either. Paul tells us, instead, to rally alongside one another and bear them. We are to take our fellow church members’ weights upon our very own shoulders.

Here are three principles to follow that will help us all move toward bearing burdens rather than placing them. I paint with a broad brush, but I think these serve as safe guidelines for engaging one another and can help us prioritize feeling over fighting.

Oftentimes, our impulse is to find solutions. We sense that something is broken, so we try to serve as saviors. Though we ought to be seeking to solve problems and conflict in the long term, putting solutions first can actually hurt our community. Too much of conflict resolution in the church is gospel-anemic.

Asking What’s your solution? in response to a conflict risks coming across as dismissive of others’ feelings. If we bypass empathy in order seek solutions, we can quickly corner people into feeling like their problems are the problem, and by making solutions our primary issue, we often imply that the burden of “fixing” hurt feelings lies on the hurting. Even when the burden of responsibility to fix hurt feelings does lie on the hurt person, remember the church’s first instinct should always be bearing burdens instead of placing them. In doing so, we fulfill the law of Christ.

Putting solutions second lets love cover over a multitude of sins (1 Pet. 4:8). Often, it is as easy as asking, “Would seeking a solution be the best way to bear my brother or sister’s burdens in this moment?” And, often, the answer is no.

2. Choose empathy, even at the expense of efficiency.

The business of Christ’s church is just as much tied to feelings as it is function. Because the mission of the church involves people, we must care about people—including their feelings, personalities, and faults. We cannot major on emotions at the expense of truth, but we must never neglect them in the name of truth, either! Peoples’ feelings matter, and they should matter even more so within the walls of the church.

Consider Christ, “who, though he was in the form of God, did not count equality with God a thing to be grasped, but emptied himself, by taking the form of a servant, being born in the likeness of men.” Consider how, “being found in human form, he humbled himself by becoming obedient to the point of death, even death on a cross.” If we’ve any model for empathy, Christ is the supreme example. He became incarnate so that he could bear our burdens, we should imitate his posture in our churches.

3. Fight cynicism, even when you have every reason to be cynical.

Among cynics, I am the chiefest. I anticipate the worst in others, and I read into everything. And because of this, I can tell you with full confidence it will kill your relationships.
Satan often uses cynicism as a foothold to create division in the church. It starts off subtly. All it takes is one hit of, “Well of course So-and-So would do that,” and you’ll be hooked. And even though it goes down sweet, cynicism is poisonous. It can turn a bad situation into a terrible one.

Poison control after the fact is a lot more painful than preventing ingestion in the first place.

We need to be sure both sides of any situation—the offended, the offender, and those offering them counsel—are killing any hidden cynicism about the other’s intention or character. We shouldn’t be concerned about church members “picking sides” because we trust that godly church members love one another even when they don’t want to like one another. If your church is made up of gospel-believing people, trust that others are a lot less conniving than you’re assuming.

Usually, the gospel-fix isn’t the quickest fix. There was nothing convenient about Jesus coming to earth as a man, living a life of obedience, dying a horrific death, rising again, and ascending to heaven till his return. Living in light of this reality is no different. It often feels like the gospel takes more time solve our problems, and it might result in some uncomfortable tensions for the time being. That’s okay. The gospel isn’t about efficiency; it is about reconciliation. Community is comprised of tension. It’s messy; it’s sticky and inefficient. Sometimes, it can be plain hard to find a solution to a problem. But the gospel call is not to solve our own problems. It is, instead, a call to have them fixed by Him who is able to soften even the hardest heart.